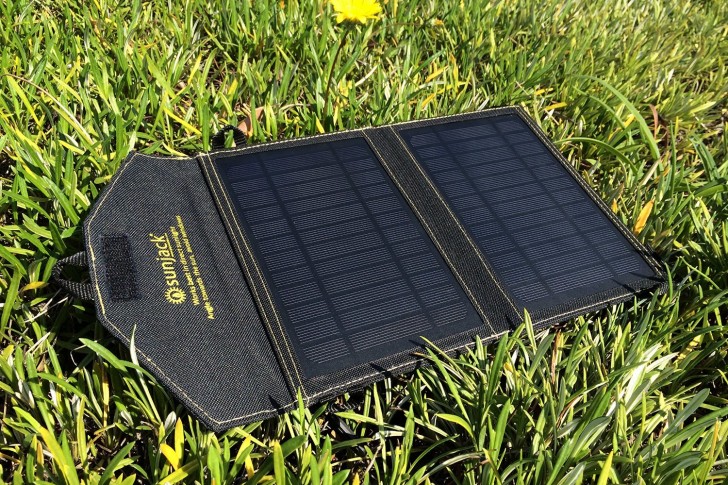 It’s always good to have an alternative way to charge your portable 5v devices on the go. Having a means to recharge batteries, lights, emergency radios and walkie talkies is very important in a grid down situation when there’s no power. In some cases you can even bypass the batteries and power devices directly with the sun since we all know that batteries do not last forever. With that being said, there are several companies manufacturing portable solar chargers these days, it can be difficult determining if you’re purchasing the best product for the money.

So we’re going to give you the pros and cons on three different comparable units and you can decide for yourself. 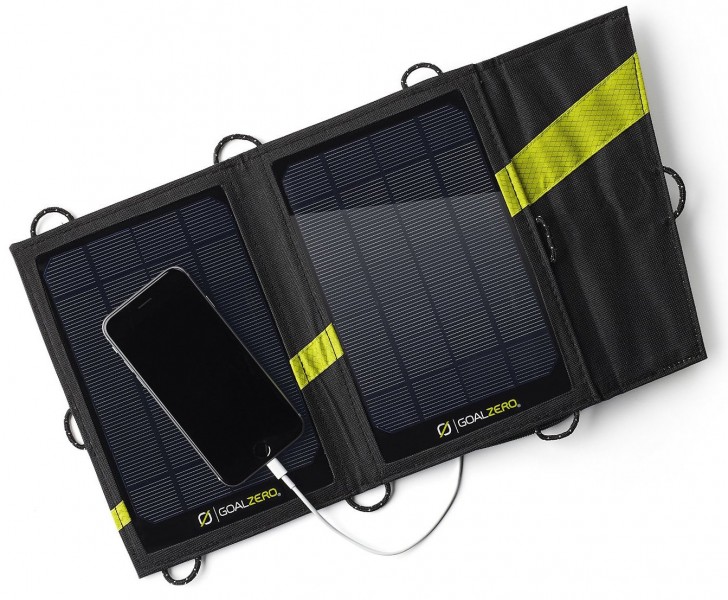 First I’ll start off with the leader in portable solar solutions. Goal Zero has been around for a few years now and really have an awesome selection in portable solar charging units along with ways to store the power collected in the form of large and small battery banks. They also have larger panels for higher power solutions, but for now we’ll keep our focus on the 6-7w range.

The Goal Zero Nomad 7 is their smallest portable solar charger. It’s a rugged 7 watt unit with two 3.5 watt panels. As with all of the Goal Zero products, the attention to detail and craftsmanship are top notch. There are nine hanging loops which give you several ways to configure positioning on your backpack or around your campsite. Now, my version has a velcro closure, but I have read where the newer models of the Nomad 7 have a magnetic closure. Either way, the velcro has worked just fine for me over the course of a couple years.

As I mentioned earlier, it unfolds as two panels and they are each about the size of one half sheet of notebook paper. There are three outputs on the back – USB port, port for charging a Guide 10 battery bank (battery bank not included) and a 12v DC output. Most walkie talkies can utilize a battery bypass or eliminator, so running your radios right off the unit in peak sunlight without a battery is a big advantage. None of the other panels in this comparison have a 12v output option. The Goal Zero Nomad 7 also has an input so you can chain it to other Nomads to increase your power harvesting. All of the output and input connections are located on a single block and is contained in a zipper mesh pocket on the back so you can organize all of your cables neatly.

Many people want to know if this panel will charge a laptop – the answer is a big “no”. It can charge phones and other 5v devices like my GoPro camera directly, however it will not charge a tablet directly from the sun. This is where the battery bank comes in handy. You can hook your Guide 10 directly up to the solar panel and let it charge the battery bank fully during the day, then at night you can plug your tablet into the battery bank to initiate a charge. Now, some tablets may charge directly but my experience with the iPad is that it doesn’t like the direct charging from the panel because of the variance in power output such as when the sun goes behind the clouds.

Pros – great craftsmanship by Goal Zero; 12v output is a valuable feature that isn’t present on other comparable chargers.

The price of the Goal Zero Nomad 7 at the time of this posting is around 80 bucks on Amazon. It runs about the same price if you buy directly from Goal Zero. 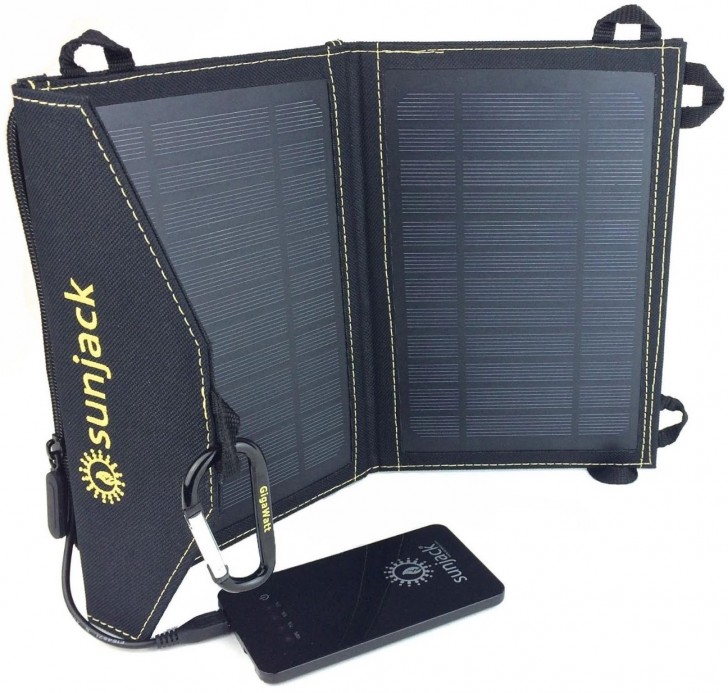 This year I’ve done a few reviews for SunJack as we have a working relationship with them because we love their gear. I had the chance to review the SunJack 14w panel which is double the power – but again this time we will focus on the 7w panel group.

The craftsmanship was really comparable to the Goal Zero Nomad 7. The panels are stitched in nicely in a rugged, padded exterior covering. The closure is secured by velcro much like my older Nomad 7. The panels are 3.5 watts each for a combined 7 watts for the unit, so again unfolded they are about the size of a piece of notebook paper. Right now, there isn’t much of a difference at first glance from the Nomad 7. This is where things start to change.

The SunJack 7w has one 5v/1.5A USB output port. You do not have the 12v option like that of the Nomad 7, which to me is a little disappointing considering it wouldn’t be that much of added expense to give us an extra option. The USB port is on a block located in a zippered mesh pouch where you can keep your cables organized as well as one other bonus feature of this unit that I haven’t mentioned until now. At just 20 bucks more than the Goal Zero Nomad 7, the SunJack 7w comes with a 4000mAh battery pack. The battery pack is slim and smaller than the palm of your hand. It packs away nicely in the zippered mesh and held in place by an elastic band to keep it secured. The battery will give you two full charges on your phone, so it has really good capacity for its size. The battery can also be charged using an AC adapter that interfaces with USB for a quick charge on the go. I recently packed my SunJack battery away in my carry-on bag for a lengthy flight and it came in handy as my phone started to fade and it charged like it was plugged directly into a wall outlet – no lie.

Pros – at just 20 bucks more it comes with a high capacity 4000mAh battery; craftsmanship is great.

Cons – doesn’t include a 12v output option; only one output.

The SunJack 7w+4000mAh is definitely a solid competitor to Goal Zero products and would have no issue in recommending it. It runs around 100 bucks on Amazon in comparison to the Nomad 7, but you get a battery bank with it at only 20 bucks more. You could not get a Guide 10 for 20 bucks, so the SunJack is a better deal at this point with the only drawback being the absence of the 12v output option.

I recently got this panel for a review that I’ve yet to produce, but I did get a chance to try it out with some of my 5v portable devices and so far it worked great. This is actually a 6.5 watt panel, not 7 – but it’s close enough to be put in the same class as the others. The first thing I noticed was how ultra-slim this panel is in comparison to the Nomad 7 and the SunJack 7w. It’s also rugged, virtually indestructible and folds down to be very compact, which is perfect for your 72 hour bag.

Like the SunJack 7w, it has one USB output port rated at 5v/1.2A. But unlike the Nomad 7 it doesn’t have the 12v output port as mentioned earlier. The output is located on a block like the other two models, but it isn’t contained in a mesh pocket for organizing your cables. The EnerPlex Kickr IV doesn’t come with a battery pack for storing the power, so this is a direct to device product unless you purchase one of their Jumpr battery packs separately to store the power produced by the panel.

Pros – lightweight, slim and compact; rugged and indestructible; comes with elastic bands to secure the panel in various places.

The EnerPlex Kickr IV is more of a sleek, low profile product in comparison to the other two chargers. You can tell they’ve designed their products to be more lightweight and durable, which I like. This charger is priced in between the Nomad 7 and the SunJack 7w around 90 bucks on Amazon at the time of this posting.

Whichever you choose, rest assured that all three of these products are quality made and it mainly just depends on your solar charging needs.