Make a Simple Rabbit Box Trap Out of Scrap Wood 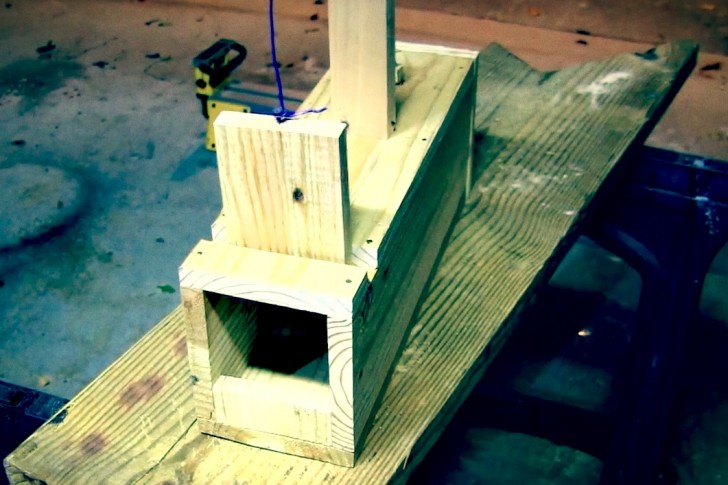 The best way to catch small game like rabbits or squirrels is a small box trap. Snares and other traps are great in a survival situation without any other means and trapping, but having the game trapped in a box keeps it away from other predators seeking an easy meal.

Building a rabbit box trap is very simple. Believe me, if I can do it anyone can do it. I built this one for free because I had the following items laying around my garage. 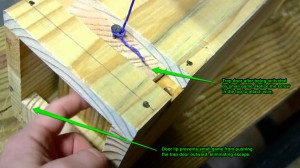 You’ll want to make a rectangular box that is large enough to house a squirrel or rabbit obviously. I’ll leave the dimensions up to you because it will vary based on the wood you have on hand. You’ll need to create two sides of equal measurements and a top and bottom of equal measurements as well as one end to enclose the box. This particular box operates using a trap door that is activated by the animal hitting a peg at the back of the box in pursuit of food or bait which throws the fulcrum off balance allowing the trap door to close. So on the front end of the box, you’ll need a piece of wood for a trap door and a lip built onto the box so that once the animal is inside they can’t get out by pressing the trap door outward (see the video to see how it works).

The top board will need to be cut into two pieces and trimmed to allow room for the trap door slot. The larger piece of the top board will also need a square hole for a notched peg near the rear of the box. You can usually just estimate or guess the measurements on this stuff. It wasn’t difficult to figure it out – just a little trial and error. 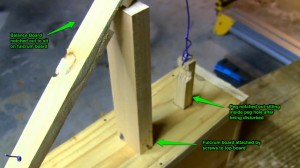 Next you’ll have to build a fulcrum stand on top of the box to hold the balance the piece of wood that triggers the trap door. The balance beam will be attached to a notched peg and connected by wire. The other end is also connected by wire but to the trap door. I recommend using wire, not string because it is more durable and it’s easier to tweak the lengths by bending the wire to the right length. Make sure you make the trap door tall enough so it doesn’t fall into the box allowing the animal to escape once it’s triggered. Use a knife to notch out the peg and either use a nail or screw to attach the wire on the top. While these aren’t great instructions, they’ll make much more sense seeing the video. To set the trap simply balance the trap door and peg until the notch catches securely to the top board.