Portable LED Lighting and Charging with the SunJack Waterproof LightStick 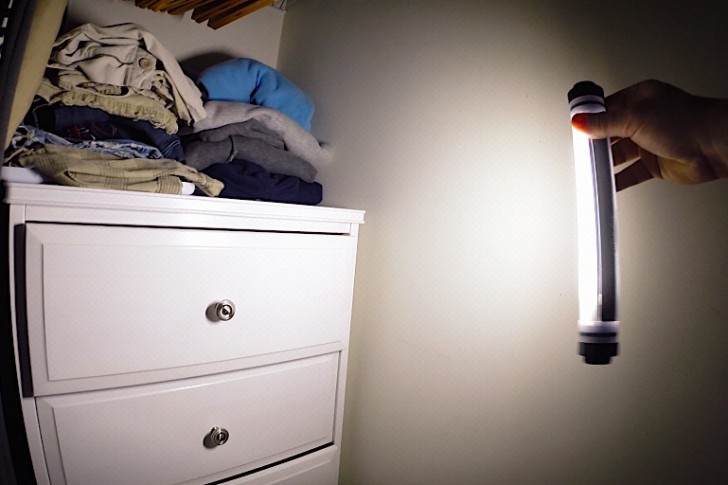 If you enjoy gadgets with a great purpose, then you’re going to like the SunJack Waterproof LightStick. Not only is it a light source, it also is a charger for small electronic devices such as a phone, GoPro Hero and can be rigged up to charge your HAM radios or walkie talkies. If you plan on using it outdoors, no worries because it’s waterproof up to a depth of 6 feet of water. It makes an awesome addition to your bug out bags, 72 hour bags or emergency kits

The SunJack Waterproof LightStick has 3 levels of brightness with the highest setting emitting around 350 lumens. I like it because it’s an ambient light and not as directional as a flashlight. If you’re working on something where you need good lighting, this works much better than a flashlight – unless of course you are wearing a headlamp. It can provide over 40 hours of lighting on one charge and also has an emergency flash for distress signaling. On the lowest light setting it can provide up to 46 hours of light. 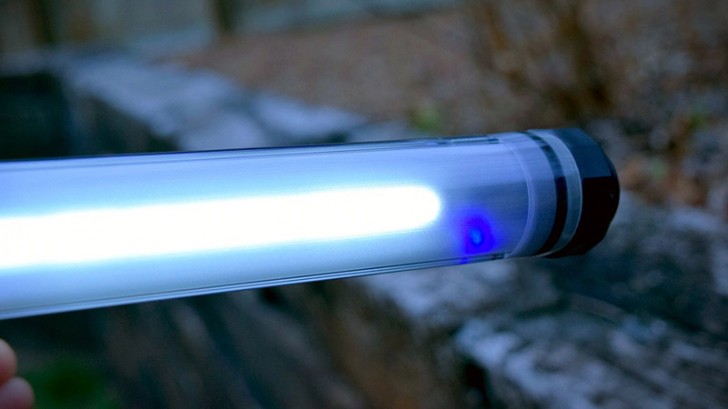 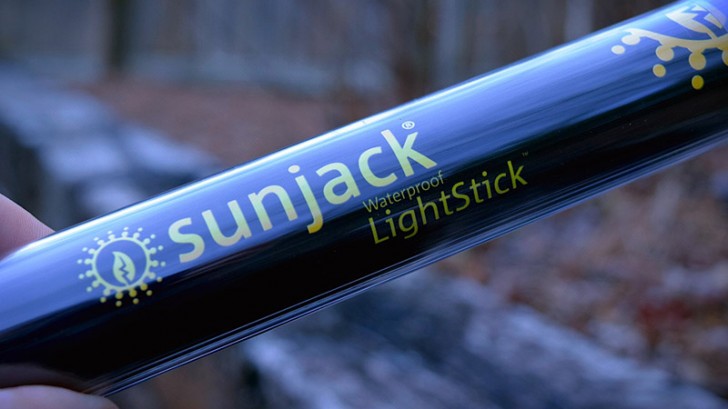 The charging aspect is really cool. On the end of the stick it features a USB output port rated at 2 amps – this means it will charge your phone as if it was plugged into your outlet at home. Due to its built in battery pack of 5200mAh it has the capacity to charge three smartphones! Just above the USB output, there is a mini-USB power input so you can charge it from your computer or through an AC wall adapter with a USB port. I like to charge mine using my Goal Zero Nomad 7 Portable Solar Panel. SunJack also carries their own portable solar panels that would work great with this. 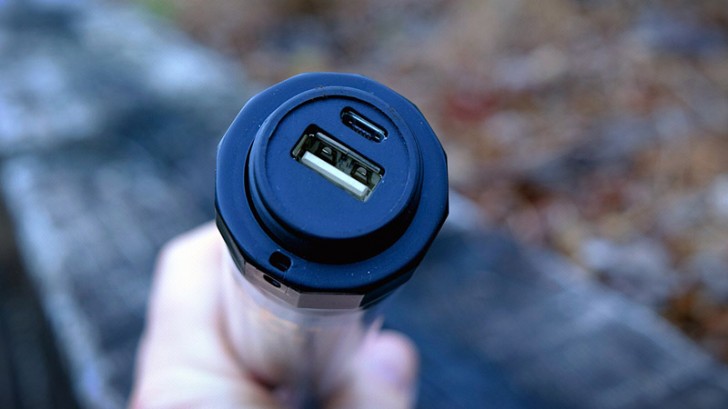 On the other end of the SunJack LightStick is a glow in the dark power button that allows you to cycle through the various modes. When cycling through the different modes there are four blue LEDs that indicate how much power you have left in the battery, four being completely charged. There are also two places to attach lanyards so you can hang it or attach it where ever you’d like.

I would highly recommend the SunJack Waterproof LightStick to anyone that is in the preparedness niche. If nothing else, it’s a great tool for an emergency kit, whether you are diehard prepper or not. If you’re interested in learning more check it out on Amazon.com where you can usually find it on sale or you can find it directly on their website.